I spend a lot of my spare time with my band, Magic Moon. In addition to band practice and writing songs, I'm responsible for communicating the visual identity of the band.

For our first single, Walking, we needed an album cover that would tell part of the story of the song, while communicating the personality of our band. Later, I made a slight alteration to the design (enlarging the logo) to make it suited for promotional purposes. We had a 2x2m backdrop and many stickers printed.

Recently, I got interested in stage design. For some of the shows we did during our EP release tour, I designed stage visuals, using a combination of the backdrop, rotating galaxy discs and a liquid light show using an old dia projector.

I also designed and developed the Magic Moon official website. 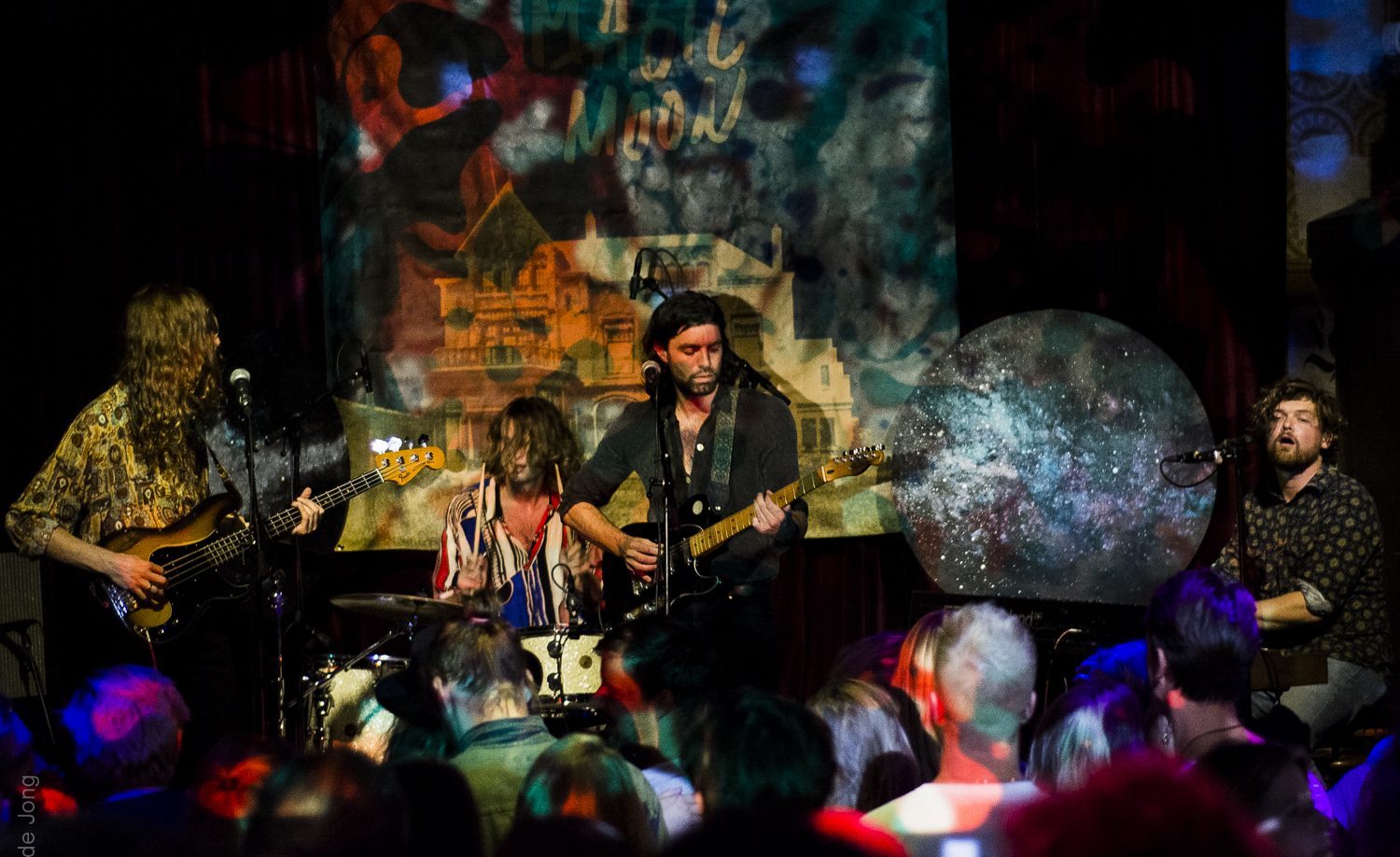 This site uses cookies to ensure the best experience.OK